-Public Affairs Office
We have a new name! The Veterans of Foreign Wars of the United States has approved the long-awaited name change for our post. Our official name changes from the "Fraser-CPL Neil W. Reid Post 6691" to the "LT Wood - CPL Reid Post 6691" in honor of our charter commander, former Army lieutenant Claude "Woody" Wood.
Claude moved to Fraser in 1935 with his parents, Edward and Celestia Wood. He proudly served his country throughout World War II with an Army battlefield commission to 2nd Lieutenant. He served with the B/67th FA of the 3rd Armored Division as a Forward Observer with a Field Artillery Unit. Claude received numerous medals, including two Bronze Stars. He later became the charter commander for the Fraser VFW Post 6691, helping to establish the post and was a proud member of the Macomb County Ritual Team for many years. 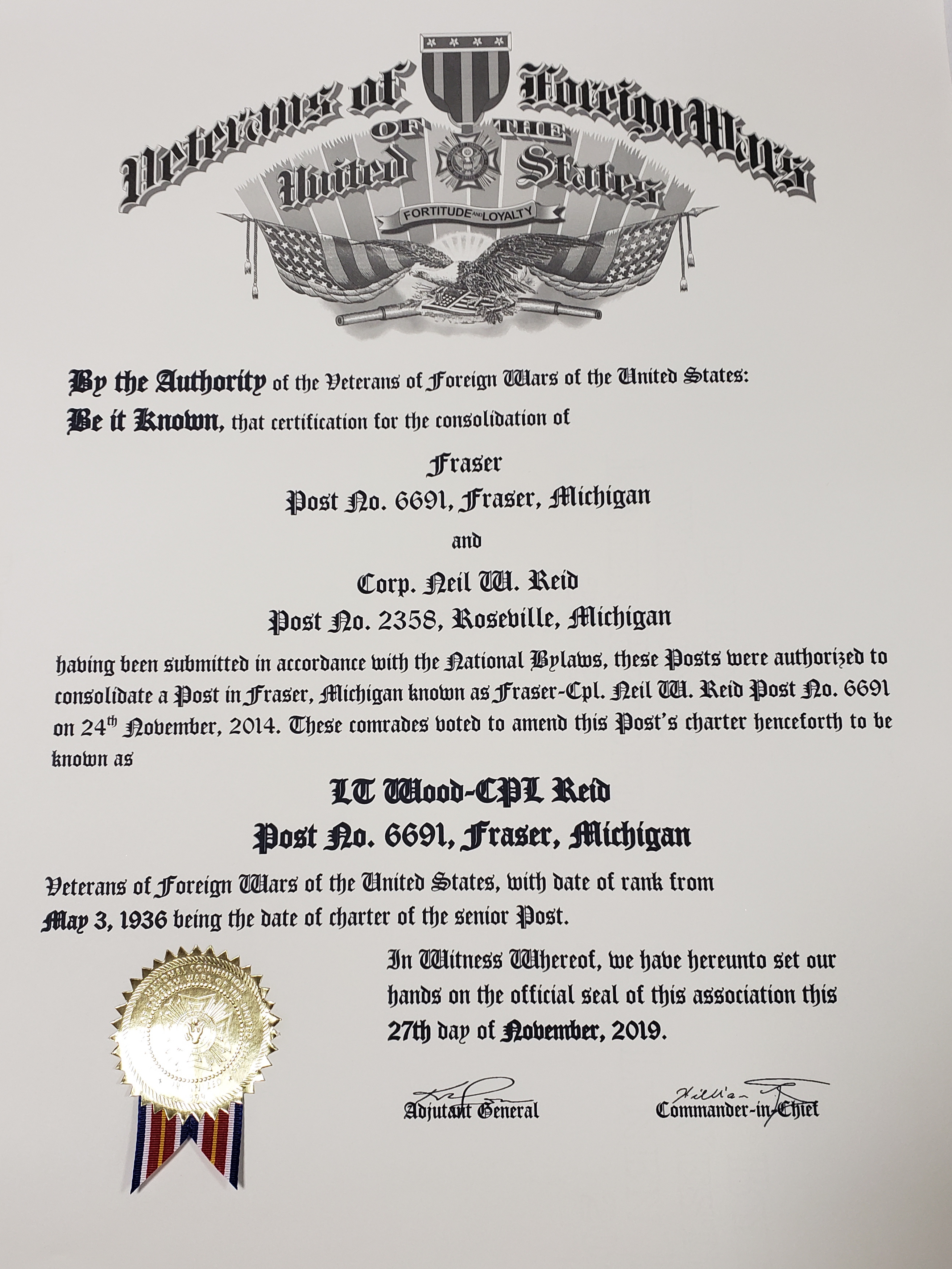